As a primitive Mo Tucker-indebted percussion joins the procession, there’s a clear nod to the Velvet Underground and their droning pop nuggets. While Glass’ first single ‘Wasted Habit‘ was a frantic, frayed-nerve dispatch, ‘If You Sail Out‘ is all about a controlled and dreamy mood amid questions of context and perspective on one’s life. 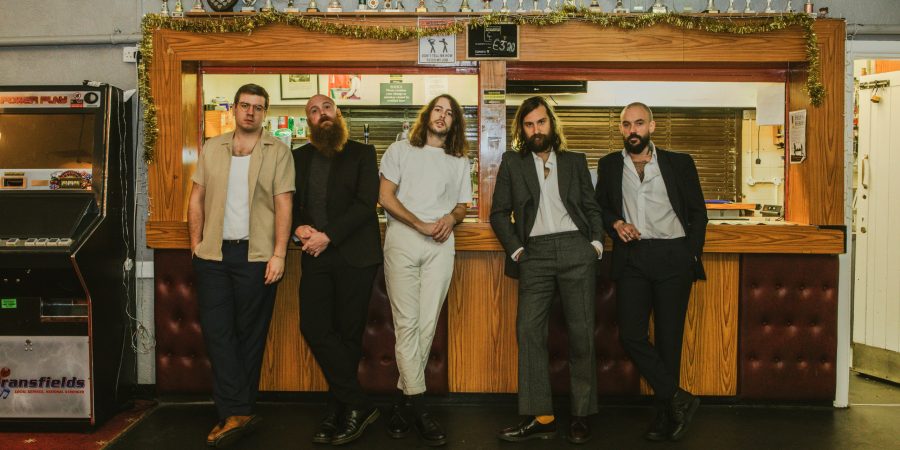 Frontman Joe Talbot elaborates on the song’s meaning: “I hated growing up in a city that was really a town that was really a fishbowl. I left as soon as I could, only to realise the fishbowl didn’t exist…just the fish, and they’re everywhere.”

The song is accompanied by an animated music video directed by Michel Gondry (Daft Punk, Radiohead, The White Stripes) and Olivier Gondry.

On the creation of the video, Talbot explains: “Michel’s work is handmade and it’s human and that’s something that our society pushes against: you need to be perfect. You need to look perfect and everything needs to be seamless and strong. But actually, vulnerability and naivety are strengths. To be vulnerable and to be naive is to have empathy. And so, to empathise with your adversaries and allow yourself to be naked on film or on record is a really strong thing to do. It liberates you and it also liberates your audience. That’s something that I hope that IDLES can do, and that Gondry’s been doing for years.”

File this one under psychedelic but it’s not of the manic garage rock or pop variety. ‘Fingers Radio‘ by the Gold Coast’s Black Rabbit George locks into a liquid bass and metronomic drum pattern right from the start and averts its gaze. That synchronicity and anchor allows Paul George (Tijuana Cartel) to wander vocally, like he’s negotiating a trip or a dream, drifting in blissed-out awe through a fog. Guitar lines intertwine and curl themselves around the rhythm section – a subtle blend of North African and Asian influences that dial straight into the psych feel of the track.

The utterly hypnotic single is the first taste of his new album Warren, due for release on August 28th.

“I spent a lot of time isolated at home toying with ideas I’ve had over the years. I’ve pretty much lived in the studio for the last 6 months, just toying with where I can take the things I’ve learnt and how they all make sense together. ‘Fingers Radio’ is one of the songs that came from these sessions.”

Chiming guitar chords ring out, stepping through a melody that conjures up the sound of New Zealand indie rock of yesteryear, the skewed pop-nugget quality of Sonic Youth’s most accessible moments and the melodic brilliance of Australia’s Underground Lovers. The jangle is balanced by a warm guitar fuzz while a keening, nonchalant vocal rides the sonic wave.

Great stuff all round from Charlie Woods and Jake Mac, who have clearly also been influenced by fellow countrymen on labels such as Creation Records.

Midnight Garden is Nick Donlin and Zach Vouga, an electronic duo based in San Diego, CA. who have an album called Blue Tomorrows due out on August 12th, 2020.

Sad synth music is the perfect combination to our ears – that mix of synthetic, digital sounds and melancholic human emotion. Midnight Garden mix those ingredients nicely on their single ‘For The Last Time’. It’s a song that rises and falls on heartfelt sighs, tumbling toms and retro 80s synth sounds that never overplay their role in the song.

They’ve also just released a brand new clip for the single ‘Hold Me After’, an emotionally lighter sound but still just as effective with its sonic streak of nostalgia.

Sydney songwriter Buddy Glass (Bruno from Peabody) is back with a brand new single and video, his first since he released his self-titled solo album in 2014. ‘Wasted Habit’ comes from his forthcoming new album Wow & Flutter, due out September 4th on Glass Half Empty Records.

‘Wasted Habit’ is a hard-strummed acoustic and densely fuzzed out electric shakedown. There’s desperation and anxiety in the frantic twitch and thrash of its sound, like clinging on for dear life as you hurtle towards the inevitable.

“I recorded the vast majority of the album on 4-track cassette in the back room of my house in Marrickville, in between dogs barking and babies crying – but this track was done on a digital 8-track machine I’ve had for over 20 years.”

“It’s a song about knowing the outcome of a situation before it happens, but nothing you try to say or do stops you from taking the steps necessary to fulfill that outcome, even when that means a raw deal for everyone involved. It’s like being in a car crash but also witnessing it from the outside. It’s essentially about determinism over free will. The video clip features me flailing and dancing around in a cat mask in a David Lynch-style room. My friend said it was like Ian Curtis trying to dance like Peter Garrett. I hope that’s accurate.” 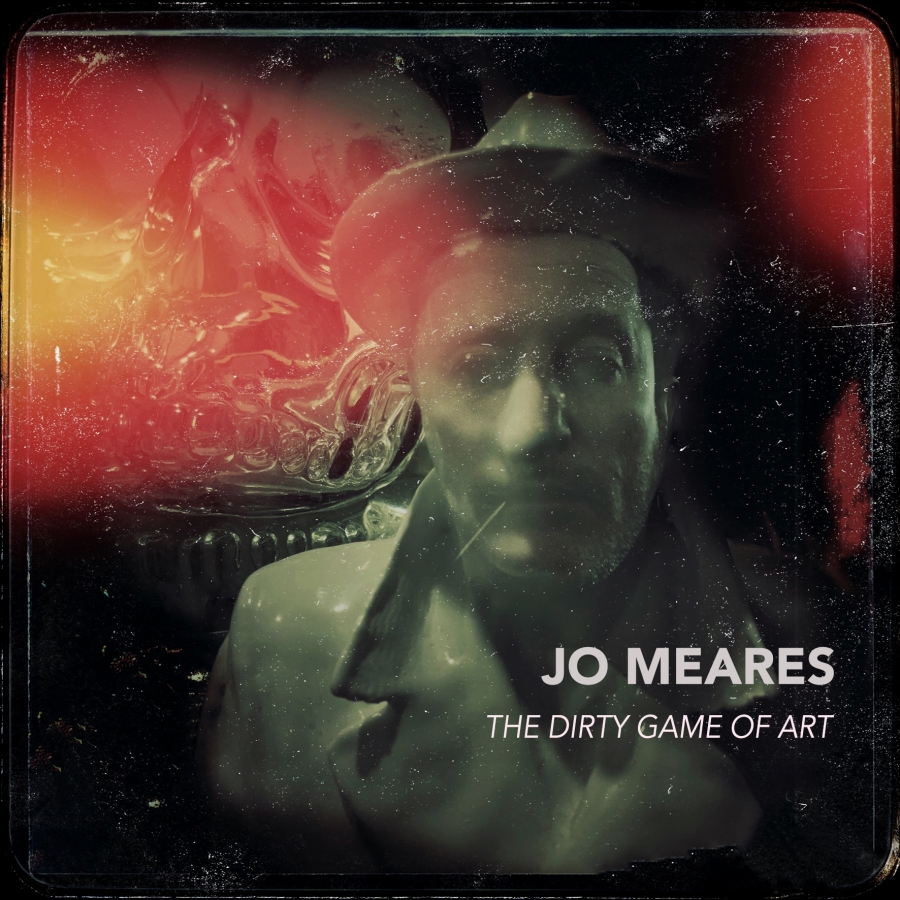 Synthesised terrains of psychedelic melancholia delivered in a weathered tone, halfway between a whisper and a growl.

Following the release of A Handful Of Smoke (2009) and One More Time (2010) with The Honeyriders, his acclaimed solo albums King Of The Crystal Mountain(2014), Back To The World (2018) and last year’s singles ‘The Dream Hotel‘ and ‘Fields Of Yesterday‘, Australian songwriter Jo Meares recently began a new and creatively fertile collaboration with Melbourne musician Anth Dymke (Pony Face).

Premiered on UK website Backseat Mafia, ‘The Dirty Game Of Art’, a dark dive into temptation and sin, is the first taste of a full-length album that Meares and Dymke are currently writing and recording.

“‘The Dirty Art of Game’ is epic, cinematic musical prose that has a satisfying air of a life steeped in indulgence, pain and joy. Utterly cathartic. An album is in the cards, which I, for one, cannot wait to hear.” – Backseat Mafia (Arun Kendall)

Meares’ evocative and poetic songwriting, combined with Dymke’s musicianship and production have resulted in an immersive sound that blends elements of post rock and psychedelia with a widescreen cinematic quality. One can hear the ghost of Leonard Cohen and the artistry of Nick Cave and Warren Ellis in Meares and Dymke’s compositions.

“Anth Dymke is, to my mind, one of Australia’s greatest bass players,” says Meares. “He does not simply play the bass but create a whole mood and atmosphere with his playing. It was a great honour in 2019 when he put his hand up to play bass with my band. There was an immediately musical connection and the whole performance of the band was lifted by his playing and energy,” recalls Meares.

“What I did not realise is that Anth is also a brilliant producer. I started to send him files of songs I was working on and he would turn those fairly simple recordings into something quite brilliant, but always preserving and expanding the aesthetic I had presented to him,” Meares explains.

Likewise for Dymke, the process of applying his compositional abilities to Meares’ songs has been a particularly rewarding experience. “The first time I heard Joe’s music I immediately felt a cinematic presence in it. Joe tells stories in his music and I was keen to start shaping some ideas around those stories of love and loss. Joe had always used very talented players in his previous recordings, and I was keen to slightly move away from that to a more synthesised, bleak, but glorious terrain. Landscapes created by an array of different textures feels like a good palette in which to ground Joe’s evocative storytelling skills.”

The visual component of Meares’ music is always an important part of his artistic vision and he has paired the song with a video that was filmed between the Spanish cities of Bilbao and Gernika as he returned from a gig. The evocative cover art for the single is a photo of Meares’ face superimposed on a 3-D printed sculptural bust of himself, creating an otherworldly, Lynchian quality. 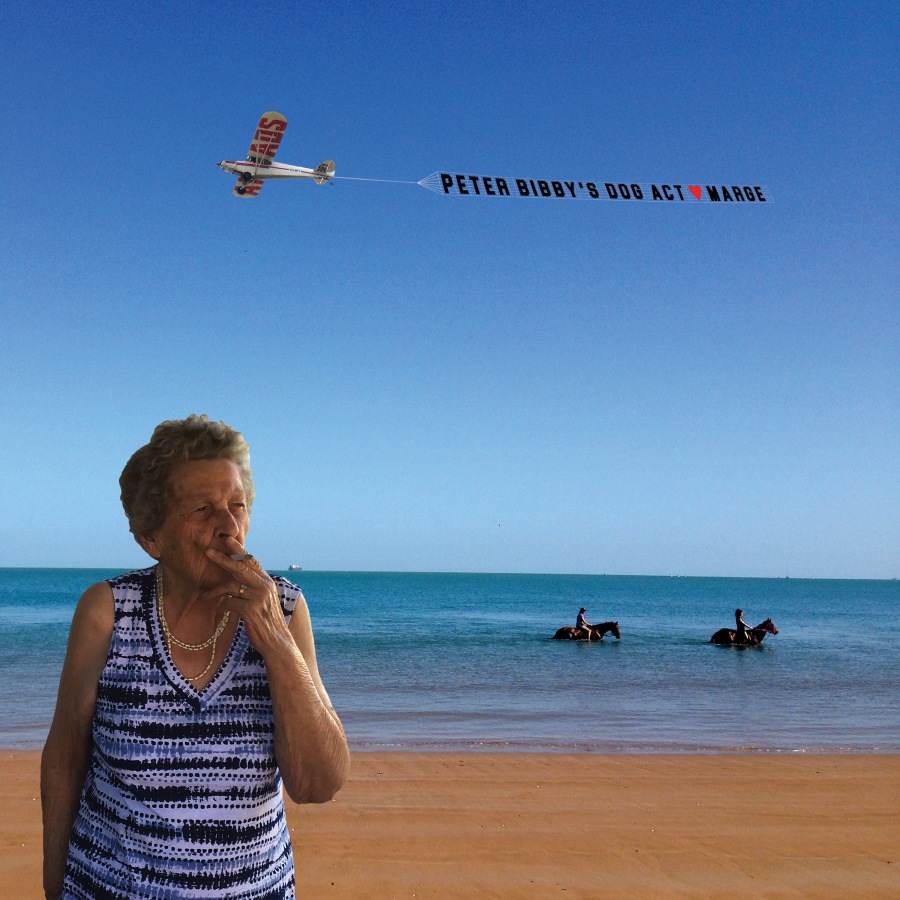 Great new song from the esteem larrikin-rock exponent Peter Bibby. The verses sound like S.P.U.D/Solid Gold Hell from 90s Auckland. Countered by the sweet chorus, the song goes everywhere else across 6 minutes. Recorded with the band Dog Act.

‘Whyalla’ is simultaneously a love letter and a cursing damnation to regional Australia. Its spoken-word bridge lays down tall tales about some of its most notable legends, while the chorus draws you in like a mozzie to the zapper, only to get promptly shocked once again by the song’s churning riff. “I wrote this song a few years back after my mate Racoo asked me to write a song for an Australian road trip compilation she was putting together.  I don’t think it saw the light of day.  I had a lot of help from Wikipedia,” says Bibby of the track.