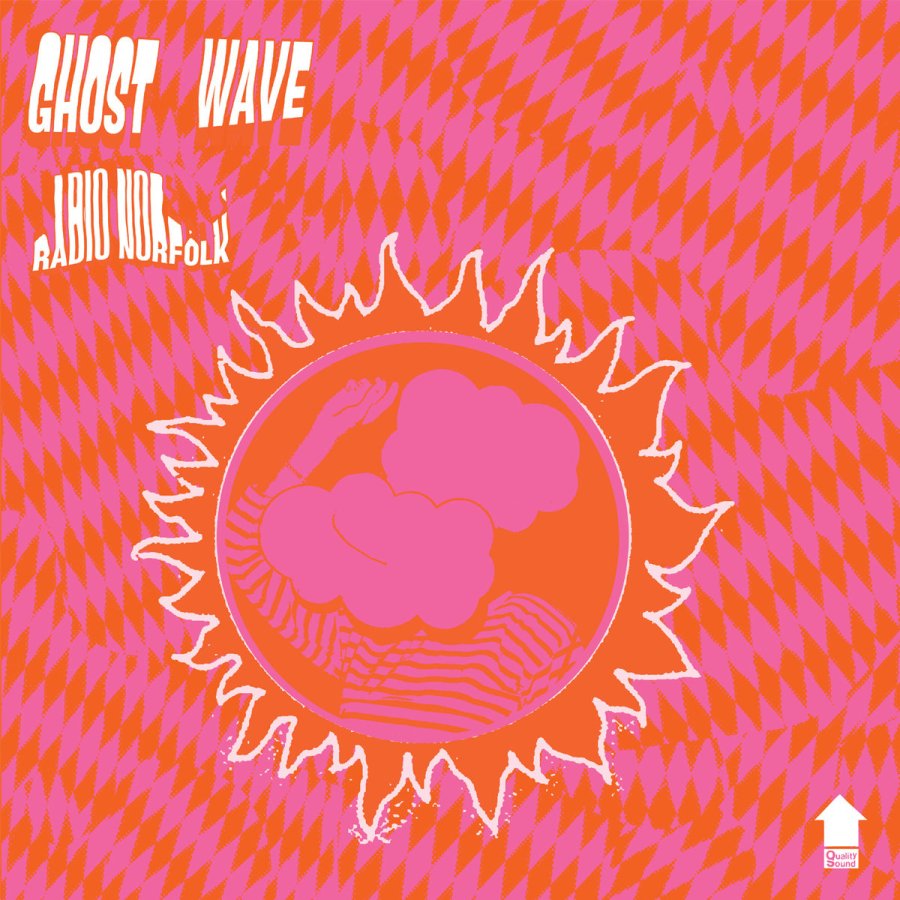 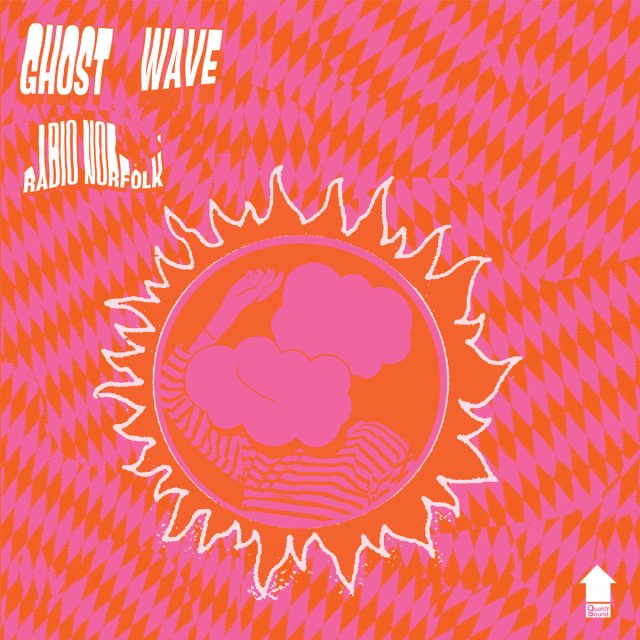 Three years on from their debut Ages, Ghost Wave sound a wholly more authentic and lived-in proposition. Ages sounded like the sum of its influences (UK indie, Krautrock, NZ 80s alt-guitar pop) and they mastered them exceedingly well, but Radio Norfolk takes those sounds further and deeper, co-mingling and cross-pollinating with more sonic grit and subtlety.

Psychedelia has permeated music strongly in recent years, much of it centring on garage rock and folk music. Ghost Wave take the elements of trippiness and narcotic haze to a rhythmic and repetitive place. There is a stoned danceability to much of the album where the bass and the drums provide the movement and drive of the music. It can be uplifting and bright (‘Honey Punch’, ‘Don’t Ask Me’), snaking and smoky (‘Blues Signal ’79’) or insistent and pulsing (‘Snow Cone Descent’). That combination of moods creates a wonderful flow to the album akin to both the predictability and variability of rolling ocean swells or a road trip through hills, valleys and plains.

Producer Sonic Boom (Spaceman 3) has tied together the band’s sound superbly, It never descends into dreary drone from a lack of ideas or noise for noise sake. The balance is there and a surprisingly rich batch of melodies rise to surface on repeat listens. The xylophone on ‘Spaceman’, the range of effects applied to the guitar lines and Matthew Paul’s incantations and vowel bending vocals are all elements used to add shape and colour to the songs.

Radio Norfolk is kaleidoscopic in nature and psychedelic by design yet never at the expense of the song at the heart of each track. That balance of vision defines what is an exemplary and timeless take on hypnotic rock music.

New Zealand psych pop explorers Ghost Wave have a new LP called Radio Norfolk ready for release on July 9th via Flying Nun Records. It follows their excellent 2013 album Ages and going on this first single, All U Do Is Kill they’ve headed further out into the sonic wilderness. 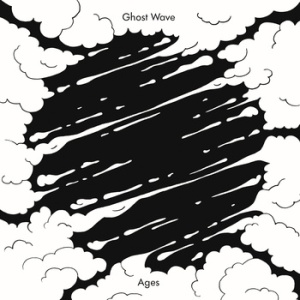 The years roll by but New Zealand seems to have the consistent knack for throwing up bands that continue the lineage that was formed in the early 80s while still carving out a niche for themselves in the overcrowded world of left-of-centre guitar rock. Popstrangers have already released a stellar record this year and now Ghost Wave have turned potential into an often impressive debut full-length album.

The immediate impact of Ages is its economy, both sonically and structurally. The songs are never overplayed which is always a temptation for this kind of music that owes a strong debt to the masters of psych and krautrock. They almost always lock the bass and drums in quickly, setting the tempo and motorik drive of the song before pouring in the guitars and adding vocals. It gives the album a constant feeling of forward motion. There are few moments of cyclical song structure, the songs just keep pushing forward with metronomic consistency. Arkestra feels like it could go on for much longer than its five minutes and no doubt it did in the practice room. Again this is a sign of how well the quartet have thought out how effectively they could convey the essential ingredients of rhythm, melody and emotion.

Above the music sit the hazy rolling vocals of Matt Paul. On the face of it his voice sits at a four way intersection between the slacker drone of David Kilgour, the disdainful sneer of Shayne Carter, the gonzo rhyming drawl of Happy Monday’s Shaun Ryder and the rallying mantras of Bobby Gillespie from Primal Scream. Paul pushes his vowels around, reshaping them to fit the rhythm of each song and generally his affectations work well but there are a few moments on Ages where they can get a little too close to a brattish whine and begin to lose their charm.

The bass-lines are a crucial component of Ages rolling grooves and often provide the central instrumental melodies while there are flashes of bands such as The House of Love in the guitar sound and chords Paul employs. UK indie is clearly a big influence amid the jangle and drone and indeed early 90s bands like Blur and that loose-limbed, tumbling sound that characterised many acts in the Madchester scene. Here She Comes is a real throwback to the likes of the Stone Roses and though refreshing (in a recycled way) it lacks the depth of what many in those original scenes were producing.

What Ghost Wave really excel at is building up an amphetamine styled rush as they do in Mountain, a song that tears along like Wooden Shjips on speed, rushing headlong down a spiraling rabbit hole. It twists and churns, barely in control of itself and marks the point late on the album where the band make the best sense and create their most dynamic and engaging music. They do a similar thing on the closer Orb and leave listeners with the sound of a band, while still fine tuning their music, who have produced a very good album with a handful of real gems scattered throughout.

this review was first published on Undertheradar

Another sparkling indie pop band emerges from New Zealand… Ghost Wave are signed to Arch Hill Recordings, home of Surf City and Street Chant and David Kilgour. With a propulsive psych pop sound they look to be continuing the lineage of great off-centre music to come from Aotearoa. The band have an EP due out April 4th.