New Zealand metal band Beastwars return with their first single since singer Matt Hyde successfully underwent 6 months of treatment for Non-Hodgkin Lymphoma in 2016. ‘Omens’ comes from their new LP IV, due out on Friday June 28th.

Hyde said that through his diagnosis and subsequent treatment, he was given an opportunity to look into the abyss beyond life as we know it. “Throughout the treatment – I was numb – and it’s interesting to have the ability to confront that, to confront the void, to confront the idea of mortality. I didn’t make peace with it either.“

To celebrate the album release Beastwars are touring New Zealand and Australia in June/July – presented by Panhead Custom Ales. They are hitting Wellington, Auckland, Christchurch and Dunedin in New Zealand and then jumping over the Tasman to play Brisbane, Sydney and Melbourne shows.

IV can be pre-ordered now at all good digital stores and streaming platforms and Limited Edition Vinyl, Cassette and T-Shirt Bundles are available at http://www.beastwars.bigcartel.com. Single ‘Omens’ is available for streaming and purchase now. 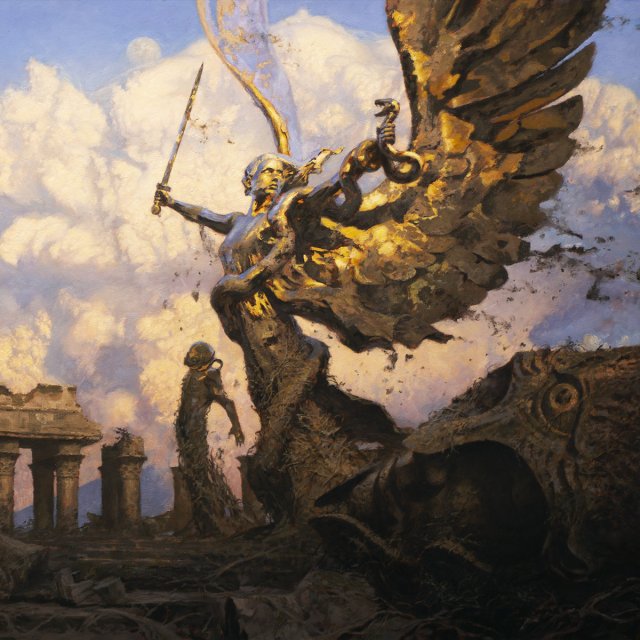 Sad to hear of the death of NZ drummer Tane Tokona. Most prominently he was a member of David Kilgour’s Heavy Eights band but I first heard his drumming on this fine album from The Strange Loves in 1991.
🎶 #nowplaying Throbbing Gristle – 20 Jazz Funk Greats (1979)
🎶 #nowplaying Jonnine – Super Natural (2019) Solo EP from Jonnine Standish of HTRK
This is superb! #nowplaying We’re New Again – A Re-imagining by Makaya McCraven To mark the tenth anniversary of the release of I’m New Here, the thirteenth - and last - studio album from the legendary US musician, poet and author Gil Scott-Heron, XL Recordings release a unique reinterpretation of the album by acclaimed US jazz musician Makaya McCraven. Titled We’re New Again, the album will be released on 7th February 2020; exactly a decade after the release of Scott-Heron’s original Richard Russell-produced recording. It’s set to follow in the footsteps of Jamie xx’s highly acclaimed 2011 remix album We’re New Here and will be McCraven’s first release of 2020, following the huge global acclaim heaped upon his 2018 album Universal Beings. One of the most vital new voices in modern jazz, McCraven is described by the New York Times as a "Chicago-based drummer, producer and beat maker, [who] has quietly become one of the best arguments for jazz’s vitality"
Portishead – Portishead (1997) #vinyl #triphop #recordcollector
Wonderful rainy morning music from Mike Nock and his 1981 album Ondas. New Zealand-born pianist Mike Nock made significant creative contributions to new jazz with the electric group the Fourth Way at the end of the 1960s. Ondas, his sole ECM date, recorded in 1981, finds him leading an acoustic piano trio with an adroit bassist and a free-thinking drummer. Nock’s very open compositions leave plenty of space for each of them to shine. Eddie Gomez’s elastic bass is often a second lead voice in these pieces, and Jon Christensen’s pulses are felt as a succession of waves.