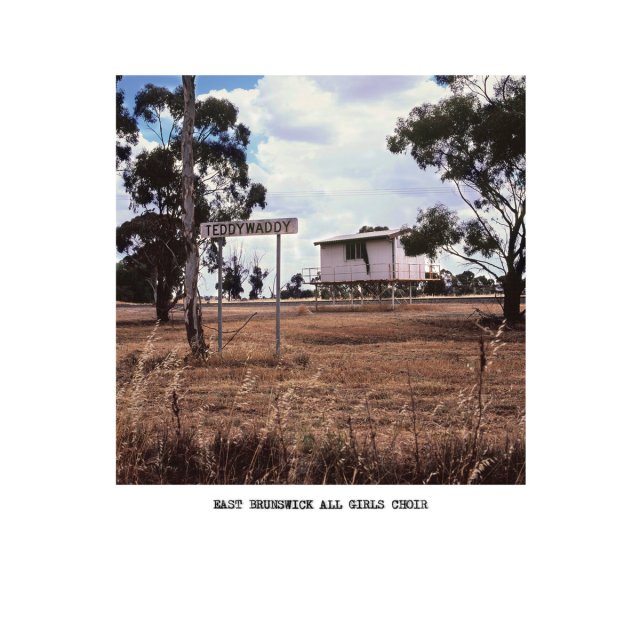 There’s something undeniably visceral and raw about everything that East Brunswick All Girls Choir do. Exaltation and exorcism are part of their musical modus operandi, such is their commitment to making music that embraces emotion with an unflinching directness.

Teddywaddy, the followup to the acclaimed Seven Drummers, charts a course through coruscating punk-laden peaks and drifting, desolate valleys where the songs are stripped and stretched, allowing singer Marcus Hobbs voice to take centre stage. Though the dynamics and playing are excellent throughout, Hobbs’ voice is the deal breaker here. ‘Exile Spree’ is the centrepiece of the album with his voice going further and further after each breath of air. From a wavering wail to a throat-stripping howl he conveys a bucket load of emotion. It makes the languid, wandering country-folk sound of ‘Never/Never’ that follows even more effective.

Their ability to use contrast in their songs is never overplayed, a testament to the songwriting and arrangements. Freedom of expression and restraint are both key aspects of why this album works so well, whether it be the pummelling post-punk dirge of ‘Cicada Chirps The Chicane’, the soulful gospel-tinged lament of ‘Old Phil’ that indirectly channels The Drones, or the widescreen warmth of the closing title track, the same wistful spirit runs through all these songs, making for an intense and cathartic listening experience.