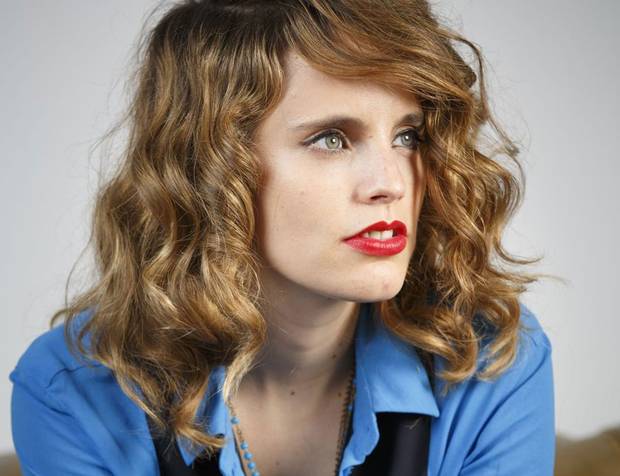 Anna Calvi and David Byrne get all mysterious and moody in this new duet covering Keren Ann’s song ‘Strange Weather’. The song appears on Calvi’s new cover EP of the the same name due out on Domino 14.07.14.

David Byrne said the following on working with Anna:

‘I’m a big fan of Anna’s two records… and I caught her tour after her first record at Bowery Ballroom here in NY. ‘Epic’ I think is the word that is often used. So when Thomas Bartlett said he was going to be in the studio producing an EP of Anna doing covers I immediately agreed to join in. I was invited to suggest songs and I loved the last Keren Ann record and I thought Strange Weather had a haunting quality that might suit Anna…. so we did that, and Anna then suggested I join in on the Connan Mockasin track she’d done too.’

Anna Calvi’s debut album in 2011 marked her as a bold and confident songwriter that was matched by her exceptional voice and guitar playing. Two years later we have One Breath, a record that finds her retaining the dramatic and virtuosic elements of her music but also expanding its sonic scope by experimenting with new sounds and song structures.

Eliza is an early standout with its martial drumming and Calvi’s soaring vocals giving the chorus a euphoric skyward feel. It builds to a crescendo assisted by synths and strings, eclectically combining to maximise the song’s drama. The electronic flourishes are an example of the creative expansion Calvi has attempted on this album. They flesh the songs out and add layers of texture to what would otherwise be rather bare pieces of music, primarily her guitar, voice and percussion. The weaker moments on One Breath occur when Calvi stretches too far from her strengths as she does on Love of My Life, a playful glam stomp that feels contrived and unnecessary.

The great far outweighs the few mediocre moments on Calvi’s second album. It is a record that shows she is ambitious and is fearlessly attempting to forge her own musical path. Like contemporaries Zola Jesus and Wild Beasts, Calvi seems to share a certain aesthetic vision to embed art and theatricality in music yet hers is uniquely and rewardingly her own.

this review was first published on undertheradar.co.nz

In the last five years an increasing number of female artists have been making themselves heard above the generic indie clatter. Many of them have stepped away from the softer folk leanings of artists like Feist and Cat Power and established a stronger, more assertive aural template.

In the electronic realm the likes of Austra, Fever Ray and Zola Jesus are creating dark electronic pop music with great critical success. Their music takes influence from post punk, goth, industrial and synth pop but they meld and advance those forms with an added coat of modern digital sheen and futuristic glamour. Across the hallway in the indie room there is Anna Calvi conjuring up swooning guitar-led songs full of passion and drama while next door Florence Welch is taking the baroque sounds of Kate Bush and others and magnifying the music to maximum grandeur.

What links all of these artists is a bold and commanding vocal presence that is of a maximalist nature, projecting outwards. That strength of delivery isn’t something new – Bjork, Patti Smith, Nico, PJ Harvey and Siouxsie Sioux were all there first –  yet this new generation of songwriters are embracing both their natural voices and a desire to invest passion and drama in their music while creating new and interesting work from established musical forms. Simon Reynolds recently wrote of the current trend for overblown sonics and production styles in his Maximal Nation article for Pitchfork. There his focus was on the electronic world yet the themes and trends he discussed are also fertile developments in the pop and indie worlds.

As these artists continue to gather an audience the trickle down effect will increasingly become apparent in other like-minded singers. Locally, acts like Brous, Melodie Nelson and to some extent Washington are embracing big bold artful pop shapes with differing levels of intensity while internationally Feist was one artist who noticeably moved away from some of the sweetness of her earlier work on last year’s Metals LP. Musically it felt like both a retreat and an advance but most of all it was an example of her desire to expand and evolve her craft. It all makes for interesting times as both nostalgia and now increasingly futurism become permanently embedded in the evolution of popular music. The number of female artists among those creating forward thinking and ambitious sounding music is an encouraging and important sign of the times.

this was first published in The Drum Media 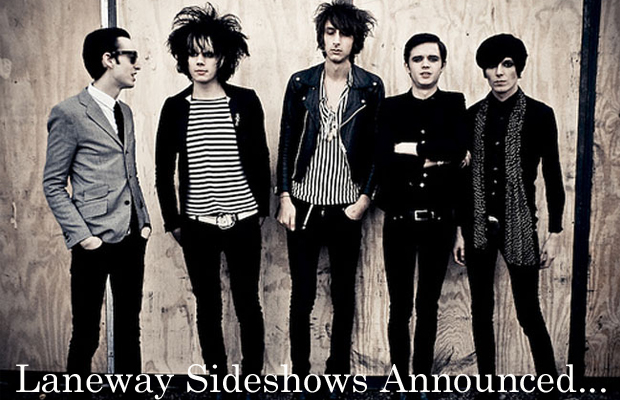 They’ve been coming thick and fast all morning so here is a summary of the Laneway sideshows. As per usual there are the horrible clashes like The Horrors and Girls playing the same night as well as Yuck/EMA, M83 and Austra all on the same night in Sydney… 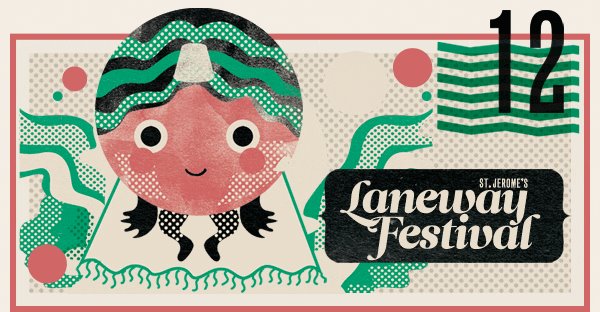 Laneway today announced its line-up for the 2012 event and it’s a damn impressive one. Sure there are the buzz bands of the moment like Washed Out and Active Child who don’t don’t really measure up to the hype tossed their way but the list of bands promises to be one of the best that Laneway has hosted to date. Note to organisers – make sure Girls are playing at sunset, The Horrors are playing after dark and M83 finish the night on the main stage.

In order of Doubtful Sounds excellence here is the line-up for Australia:

Tickets are on sale October 19th.

A TELECASTER-WIELDING SONGSTRESS ANNOUNCES HER ARRIVAL WITH AN ALBUM SOAKED IN CRITICAL ACCLAIM. CHRIS FAMILTON INTRODUCES US TO ANNA CALVI.

Anna Calvi isn’t a name that many here in Australia may be familiar with but in Europe her debut self-titled album has received widespread acclaim and the tag of one the most promising new artists to emerge in recent times. Calvi indeed possesses a voice that can swing with ease from quiet seduction to soaring grandeur and a wonderfully distinctive guitar style that brings to life her dramatic and emotive songwriting.

On the line from London she discusses the vision she had for her debut album. “I wanted the album to be both extremely intimate and feel very vast as well. I wanted to create a whole world and atmosphere for each song. It was very important to me that the music told the story as much as the lyrics did. Despite being difficult at times I felt that recording the album was a very rewarding experience. I did the best job I could at that time, so I am happy with it,” Calvi admits. “It took a long time to make the album so it was nice to finally let it go out into the world.”

Already the waves of press hype and blog recommendations are spreading around the world and here she was featured as Album Of The Week’ on Triple J, something that seems to genuinely excite Calvi. “When I was writing and making the album I just wanted to make music I felt was honest, passionate and true to my artistic vision. There was a chance that no one other than me would like it, but my wish to make the music that I loved was stronger than my fear. I’m really happy that some people are connecting with it.”

Calvi’s guitar style and sound come across as important a part of her music as her voice; a fact she is keen to promote. “I feel very connected to my guitar – it feels like an extension of my voice. I was a guitar player before I  was a singer. I like to imagine my guitar is other things than a guitar. I like to imagine it’s an orchestra or a piano, and having these things in mind keeps me inspired as a guitar player,” says Calvi.

Mood and intensity are two hallmarks of Calvi’s music and though she wrote the songs as fictional pieces they inevitably contain some elements of her as a person. She confesses to being very much in touch with her emotions which makes it relatively easy for her to dial into the positive and negative extremes of love and lust. “I think I am quite a passionate person and I am not afraid to feel things quite intensely. I think these attributes are present in my music but I think it’s also important to separate an artist from their work. One is never a complete reflection of the other,” she says.

Already some familiar doyens of the music world have joined her appreciation society with Nick Cave personally inviting her on tour supporting Grinderman and Brian Eno championing her work. Calvi is well aware that this type of support has been a door-opener for her. “I have always felt that the most important thing is for me to be creatively happy, and make music that is really true to me. However of course having support from someone like Brian Eno is a huge deal for me, I feel incredibly grateful to have his support.” she enthuses.

With so much buzz surrounding her album, Calvi seems destined to spend the rest of 2011 promoting and touring her album and she hopes to make a visit to Australia soon. Online videos of Calvi’s performances confirm she can replicate the album’s dynamic range of emotion on stage which will indeed be something to look forward to.

It is rare these days that a debut album comes along that pricks up the ears and makes you stop what you are doing and take a closer listen. Sure there are heaps of great first time releases coming out all the time but they usually fit into ‘flavour of the month’ boxes or have been hyped so we already know it is great before we’ve heard it. English songwriter Anna Calvi has delivered one of those truly great debut albums that could have appeared at any time over the last 50 years.

Possessing a voice that can sweetly seduce one moment and wail bold and glorious the next, Calvi has written ten songs that are incredibly self-assured and ambitious in scope yet she never oversteps the mark. As well as having a voice that at various times brings to mind Siouxsie Sioux and PJ Harvey, she is a fascinating guitarist who soaks her telecaster in massive splashes of reverb making it twang and crash magnificently. As if to state the value of the instrument she opens the record with the instrumental Rider To The Sea that sounds like a long lost sister to Jeff Buckley’s Live At Sine recordings.

As the album progresses Calvi paints a dark and sultry picture of lost and found love and its many mysteries. A million songs have been written about these matters but she frames them with such vibrant moods that the music carries the words into wonderful and totally believable places. Desire is uplifting, Suzanne And I weaves some mesmerizing melodies into its slow march while I’ll Be Your Man dials in some dramatic mariachi strut. The ghost of Nico haunts Morning Light showing the breadth of Calvi’s talents for drawing from the past and sounding totally like her own creation. Finally a musician has arrived who effortlessly lives up to the hype.