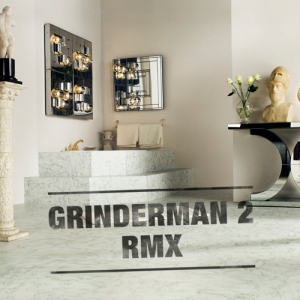 Nick Cave and co aren’t known for sending out their songs for remixes but in light of the band’s recent dissolution this is perhaps a loosening of the reins, an opening of arms to collaboration and reinterpretation of songs from their 2010 swansong LP Grinderman 2.

The first thing that catches the eye is the list of other artists that have contributed to the album. It is clear that Cave didn’t want to take the traditional route of electronic artists dissecting a song and creating a dancefloor-friendly or over intellectualised IDM version. Instead he has called on friends and contemporaries to add their flavour and sheen to Grinderman’s music. There are obvious compadres like Yeah Yeah Yeah’s Nick Zinner, ex-Bad Seed Barry Adamson and Andrew Weatherall but also some surprising guests in the form of Matt Berninger from The National and QOTSA’s Joshua Homme.

Some of the mixes are a comfortable fit with the ethos and approach of Grinderman. A Place to Bury Strangers hit the krautrock acid freak button and take Worm Tamer into a disorientating rush of guitars and pummeling drums, like Suicide hot wiring the space shuttle. Cat’s Eyes (feat. Faris Badwan of The Horrors) with Luke Tristram (ex-Flats) totally reshape When My Baby’s Comes into a slow moving drone haze that, when the drums and guitar destroy the funereal mood mid song it becomes an Earth-like doom metal dirge that sounds fantastic at high volume and is one of the highlights of the album through its sonic departure from the original.

Another highpoint is Barry Adamson’s treatment of Palaces of Montezuma which does well to highlight the vocals of both Cave and Warren Ellis. The song possesses such a great melodic hook and Adamson has chosen wisely to spotlight their voices. Perhaps the biggest surprise of the album is Matt Berninger’s take on Evil (listen below). He has concocted a Tricky/Massive Attack style of gloomy, slowed and stretched trip hop with his trademark weary vocals dropping in and out of the mix like a serenading afterthought. Like the Cat’s Eyes cover its success lies in its ability to take the song to an entirely different place.

The closest thing to a ‘dance’ remix is Andrew Weatherall’s electronic dub mix of Heathen Child which sounds like something from the On-U Sound stable. You can see what Weatherall’s intentions were but he would have been better served to go heavier on the dub elements of the song and really reduce it to its bare elements and twist and stretch them out in the echo chamber. Another take on the same song is Super Heathen Child with Cave securing the guitar services of King Crimson’s Robert Fripp who adds some stellar metallic soloing to the end of the song.

Grinderman conclude their RMX album with their own version of Evil (First Evil), the original demo version of the song to remind the listener that they too can twist their music into strange and uncomfortable positions. A remix album of a different sort then, more of a  case of reinterpretations of which many prove just as rewarding as the originals. This in no way surpasses either of Grinderman’s albums but as a farewell companion piece it makes for fascinating listening. 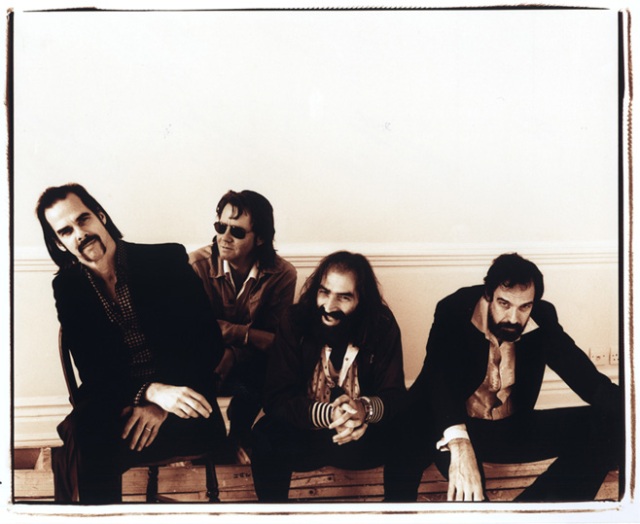 So you think Grinderman are still too tame and don’t generate enough of a racket? Check out the searing feedback drenched remix by industrial shoegazers A Place To Bury Strangers…

Shoegaze is genre that has been going through somewhat of a renaissance in the last few years. On the local scene you have the likes of The Laurels admirably resurrecting a sound that was at its peak when the band were probably still in nappies. Internationally there has been a revival led by acts like A Place To Bury Strangers, The Horrors, Brian Jonestown Massacre and Black Rebel Motorcycle Club to name a few.

Exploding Head is the second release from A Place To Bury Strangers and it continues their recycling of the harder side of the genre. They prefer cold and dark places, automated emotions and abrasive sounds. Their debut was a more caustic experience so they have allowed some light and melody to emerge through the cracks on this more satisfying follow up.

It Is Nothing sounds like My Bloody Valentine in a roller derby with Swervedriver with its incessant drums and wailing and screeching guitar battling to be heard. Its an energetic and succinct start to the album that is expanded upon in the second track In Your Heart where melody emerges via a soaring riff and Oliver Ackermann’s vocals are more prominent in the mix. They channel Joy Division and they do it well.

Garage rock influences raise their head on Dead Beat with the mangled surf guitar stylings taking it to a more American psychedelic place. That shapeshifting continues with Keep Slipping Away and its early Cure chords again placing their sound back in the UK at the dawn of the 80s. At times it is as if they are trying to cover their formative bases rather than settling on their own sound; though they do it all so well it is hardly a criticism.

So as to avoid any accusations of lightening up, A Place To Bury Strangers load the back end of the album with some white noise distortion and a narcotic haze that perfectly mirrors the black and white TV static imagery of the album’s artwork. Amongst the sonic scree there is the title track which is perhaps the most accessible song on the album. There is a discernible chorus, an infectious guitar riff and a danceable post punk, jerky rhythm.

Exploding Head is a big leap of confidence for the band, probably born out of touring experience and the more generous production sound on the album. The distortion burns in a nice way compared to the sharp, icy blast of their debut and the melodies have been slowly coaxed out of the chaos.  Amongst the beautiful noise, A Place To Bury Strangers show they can also create something with beautiful poise. One hopes that Album #3 will see them balance their extremes even further and deliver the great record they are heading towards.