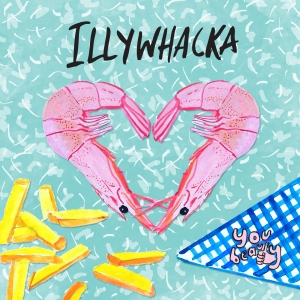 Their debut Jersey Flegg initially received no attention on its release but it quickly built a fanbase around its concept (rugby league) and sonic palette. Illywhacka hits similar territory musically and again they’ve loosely based it around a theme, this time online dating. There are shades of Real Estate, Girls and Mac DeMarco in the trembling and shimmering guitars and the way the bass dances melodies around the drum kit but the similarities stop there. You Beauty meld fictional stories and compelling character portraits to their surrealistic post-punk music. Though there’s something unsettling about these songs, Illywhacka is damn original and in its own world, endlessly absorbing.