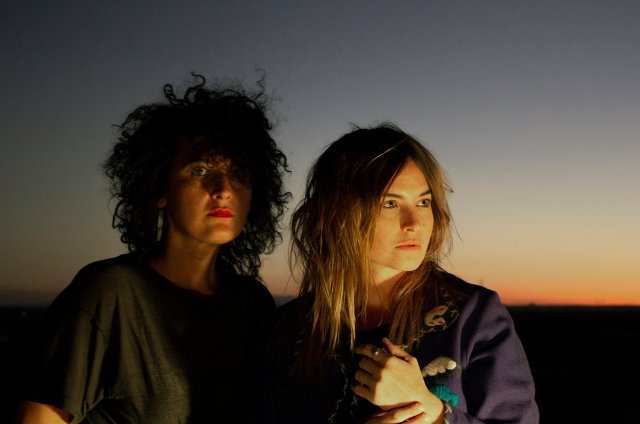 Their debut album Cave Vaults On The Moon In New Mexico came out last week and ‘Alien’ is a shimmering, atmospheric and gently propulsive example of the cosmic psychedelia that the pair have created.

You can hear the desert, the stars, the shimmering heat of the day and the cool twilight breeze as they blend their vocals and drape the sound in reverb and delay. Everything drifts lightly via the billowing and swirling guitars. Think Mazzy Star, Warpaint at the most ethereal and CAN suspended in a dream-state.