Nocturnal Projections were one of the finest post-punk bands in New Zealand in the early 1980s and now Dais Records have worked with them to reissue all of their recorded work across two releases.

Formed in Stratford, near New Plymouth, New Zealand in 1981, Nocturnal Projections was the explosive project of legendary and prolific brothers Graeme and Peter Jefferies (who would later form This Kind of Punishment before launching their solo careers), who along with friends Brett Jones and Gordon Rutherford, created some of the most energetic and influential avant-garde punk rock to emerge from the country.

Largely ignored during their tenure (but revered and referenced in the years after their breakup) and often compared to UK contemporaries like Joy Division, Comsat Angels, The Fall, or Wire, Nocturnal Projections stood well apart – never enjoying the luxuries of unlimited studio time, music videos or international fame, the NPs possessed a driven, rough-hewn serrated edge that cut through the lot comparisons to the UK post-punk exports of the era. They were ahead of their time, completely singular, and for those that had the benefit of seeing Nocturnal Projections play live – formative, with a dedicated cult following to this day.

As residents of New Plymouth’s Lion Tavern during their first year as a band, they perfected their soaring, impactful live set locally (often as the only band, without an opener and 3 hours to fill!) before heading off to Auckland in January of 1982, performing with bands like The Fall, John Cooper Clarke, and New Order at venues like The Mainstreet Cabaret, The Rumba Bar and Reverb Room. *The band recorded three EPs at Stebbing Studios in Auckland: The self-titled and self-released 7” single released April 1st of 1982, with the “Another Year” 12” EP following later that year. Their self-titled three song 12” was recorded in 1983, and released by the band posthumously that June, after the band called it quits. 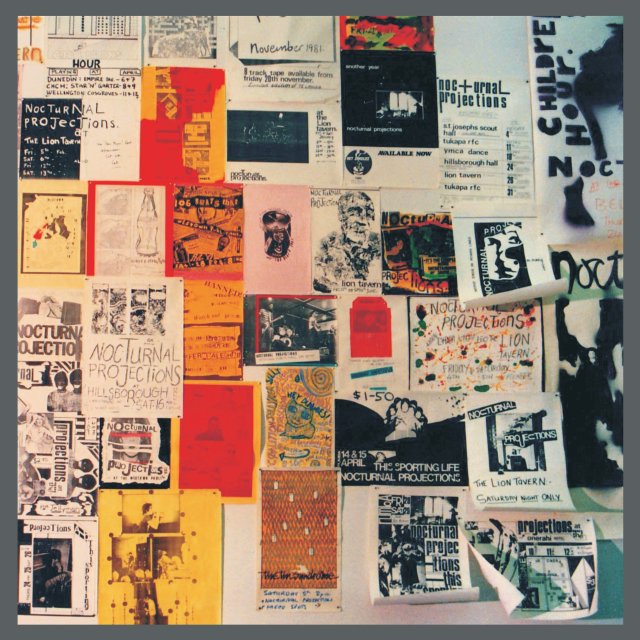 Inmates In Images pulls the best of the best from board recordings of live sets between 1981 and 1983, including the never-before-released tracks: “Blank Faces” and “Late Night”, along with unheard versions of previously released songs – and includes Peter and Graeme’s song “Walk In A Straight Line”, written in October of 1980 and originally intended for their earlier band The Plastic Bags.