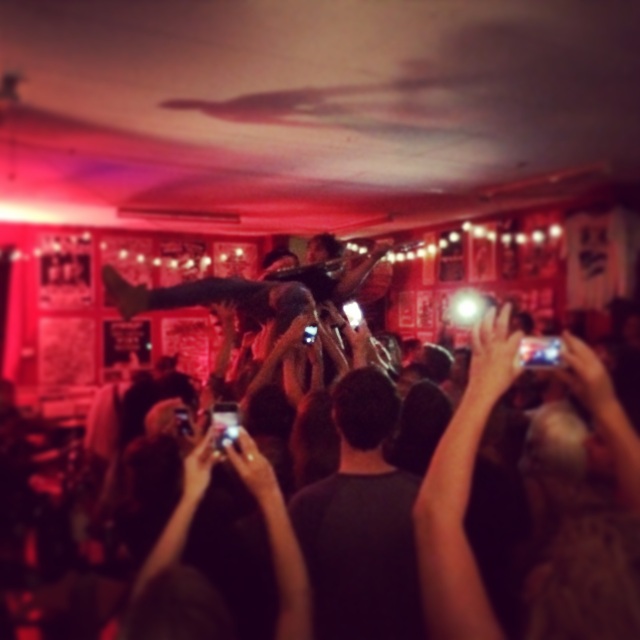 Jimmy Junk Heart made the trip up from Melbourne and they were tasked with loosening up the atmosphere of the slowly filling record shop that would be full to capacity within the hour. They played an admirable set and there was potential behind their tentative performance. From ‘fresh outta the practice room’ garage rock to a strong Tame Impala influence they still seem to be working out where they want to take their music.

Bloods by contrast were full of life with their bubbly, energetic set. They’re always a fun band with their kinetic take on Ramones/Sleater Kinney rock. They waste little time on musical frills and kept their set tight and full of momentum, MC and Sweetie bouncing vocal lines off one another and the rhythm section keeping things twisting and charging along, bringing the seated punters to their feet.

Bad//Dreems have proved with their step-up to a name producer and new single that they have plenty of great songs up their sleeve and an innate ability to marry melody and dissonance. The were greeted like heroes with the audience jammed up against them, often only centimetres separating the front row and Ben Marwe’s microphone. There were new songs aired, making a debut album an exciting prospect, alongside the already classic ‘Chills’, ‘Hoping For’, ‘Caroline’ and ‘Too Old’. Single ‘Dumb Ideas’ was a lightning in a bottle moment with the restrained tension of the verses and manic anthem of a chorus sounding even more visceral in the live context. In his absence, guitarist Alex Cameron had an able stand-in for the show yet the casual swagger and slash and burn of Cameron’s style was noticeably missing. Bad//Dreems are still one of the finest Australian rock bands going and showing no signs of slacking off anytime soon.