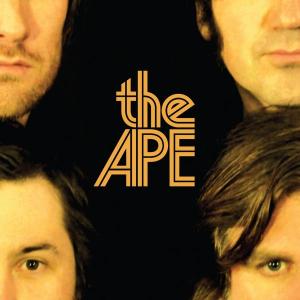 Tex Perkins sure knows how to draw a gang of musicians together for each new band and project he convenes. From Beasts of Bourbon to The Cruel Sea, Tex, Don and Charlie to TNT, Perkins has always surrounded by some of the best players on the Australian rock scene and here, as The Ape, he’s joined forces with Raul Sanchez (Magic Dirt), Pat Bourke (Dallas Crane) and Gus Agars (The Dark Horses) with impressive results.

The Ape for the most part keep things primal with a strong emphasis on groove and rhythm. From the brutal riffs and barked vocals of album opener Man On A Mission to the slithering, pulsing dark funk of All The Same, they sound like a band built on the sum of their parts and relatively fat free at that. The economy of the music gives it a fresh and raw feel and something of a stylistic middle ground for Perkins’ music where you can hear the strains of The Cruel Sea and the distant swaggering echo of Beasts of Bourbon in equal doses.

Some of the best moments come when the quartet drop the bravado and the tempos and mess with their sound a bit. The instrumental Monkey in the Kitchen gets all psychedelic snake charmer over tripping, tumbling drums, while closer Can’t Feel A Thing is a Lanegan-esque slow-burner that gently swells into a wonderful miasma of intertwined instruments before ending way too soon. All of Us is another that eschews the ballsy rock vibe and finds Perkins singing a touching pop melody, stripped off his prowling rock-isms.

The Ape is a bone fide album with plenty of rock shapes but also some tantalising diversions into the shadows where the band are clearly stretching themselves to see where the music might take them. For the most part those instincts are on the money, setting up The Ape up as a collaborative unit with the songs, sound and nous to more than justify their continued existence.

this review was first publish on FasterLouder