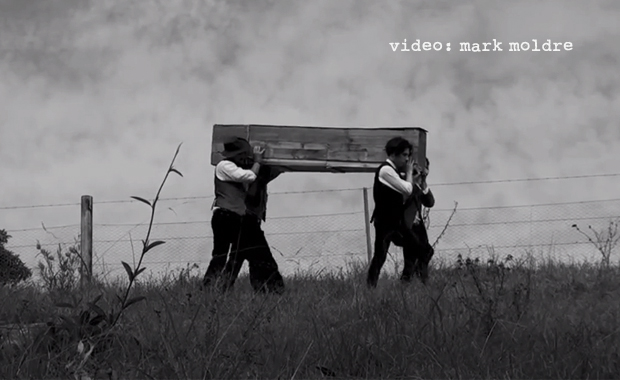 Mark Moldre has released the second single from his recent sophomore solo album An Ear To The Earth and it is accompanied by a very cool black & white clip steeped in gallows humour and a distinct old-Australia rural feel. I love the gang backing vocals on Where Will I Be?, make sure you check out the rest of the album (listen and buy on Bandcamp)and also catch him at one of his upcoming shows (tour poster below) which will feature the line-up that played on the record.

One thought on “WATCH: Mark Moldre | Where Will I Be?”