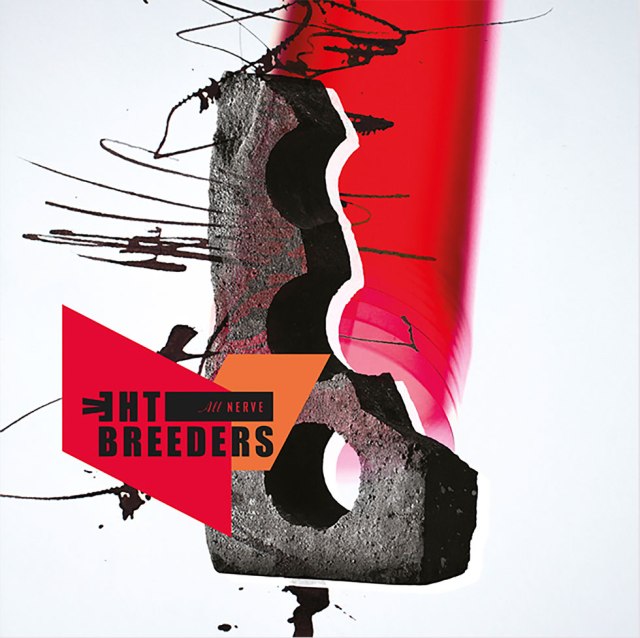 Some bands hit the pop culture sweet spot just at the right time, igniting and reflecting the spirit of a generation before burning out and fading away. Others hang around, soldiering on with diminishing returns, a loyal fanbase in tow, cushioning their middle-aged bank accounts. There are also those acts who have that moment in the spotlight, vacate the pedestal but then re-emerge years down the track, with the essence of their creativity still intact. Bands like Afghan Whigs, Sleater-Kinney and Dinosaur Jr.

Kim Deal of course tasted the rewards of that with the resurrected Pixies but the scale and dynamics of that band clearly didn’t suit her. There were new and fairly well received Breeders albums in the interim years (Title TK, 2002 and Mountain Battles, 2008) but after reconvening the line-up from their seminal 1993 album Last Splash (Kim and Kelley Deal, Josephine Wiggs and Jim Macpherson) for its 20th anniversary celebrations, it became clear that there was still a spark and desire to write and record new material.

All Nerve could just as easily have been titled All Verve, for it’s an album that captures the some of the joie de vivre of Last Splash, tempers it with the perspective of age and is filled with sardonic swagger, obtuse wordplay and a musical dynamism that rarely becomes anything other than pure Breeders.

The first single Wait In The Car throws a sly nod to the drum rimshots at the start of their most famous song Cannonball before being overrun with cascading guitar distortion and downstrokes. Deal sings of embracing inspiration and intuition and screw the consequences. That continues in the title track as she sings “I won’t stop, I will run you down, I’m older”, alluding to both determination and obsessive personality traits. Metagoth shifts musical gears into a world of Joy Division and Bauhaus with its brooding and foreboding rhythm section. It’s the least ‘Breeders’ song on the album but they suit it, especially given there’s always been an element of post-punk deconstruction running through their music.

The Breeders always show an ability to balance the punkish rush with prettier, more meditative moments. The verses of Spacewoman do just that with a delicacy and spaciousness that makes the crunch and stomp of the chorus even more rewarding. There are shades of Courtney Barnett’s sound on Walking With A Killer as the song meanders along, decorated with a quasi-psychedelia similar to early Smashing Pumpkins.

Archangel’s Thunderbird is a rare misfire, lacking direction and seemingly built on a drum pattern but never building on it. Relief comes in the form of Dawn: Making An Effort with its billowing, gauzy, shoegaze guitars. It’s like a lost 50’s pop song, filtered and reimagined via a ghostly transmission. Their trademark blend of heavy and raw guitars and spectral, almost naive melodies return on the monstrous sounding Skinhead #2 before Blues At The Acropolis finds Deal referencing false hero worship and perhaps bemoaning the watering down and dissipation of artistic worth.

Thankfully, quarter of a century after crafting Last Splash, The Breeders have the nerve and the creative impulse to again inject some life and imagination into rock music.