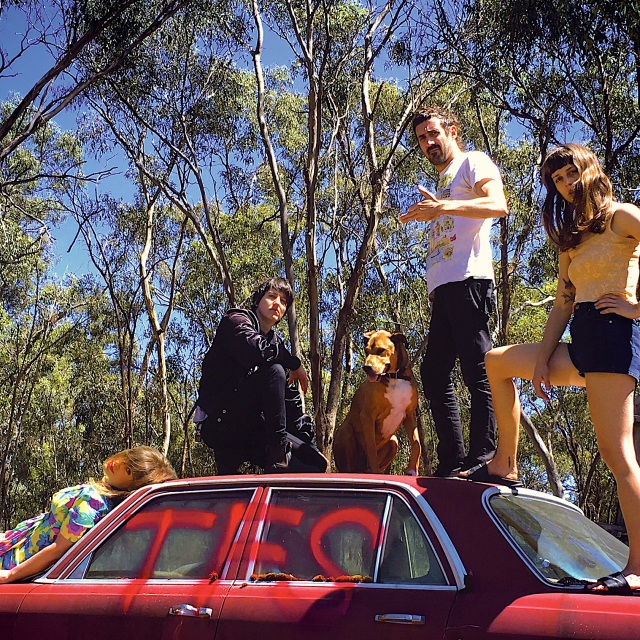 Tropical Fuck Storm (TFS) have released the video clip for their splendid new single ‘You Let My Tyres Down’, complete with red wine, robes, rivers and spaghetti. The B-side is a cover of ‘Back To The Wall’ by The Divinyls, sung by Fiona Kitschin and Erica Dunn.

‘You Let My Tyres Down’ is a mutant swamp-pop blazer, surveying Melbourne’s suburban underbelly with a free flow of hair-raising imagery (“I grew up around her family / And they were such a bunch of losers / Anchored only to each other / On a sea of vodka cruisers”). As Gareth Liddiard explains, “You Let My Tyres Down is basically about the real word; ordinary life, and how drab and featureless it seems until you write it down, and then you see it’s pretty wild. They say that good books make shit movies and shit books make good movies. So if you’re depressed and you feel like your life resembles a shit book, congratulations.”

Also announced is their debut LP, A Laughing Death In Meatspace which will be released on May 4th on Mistletone / TFS Records.