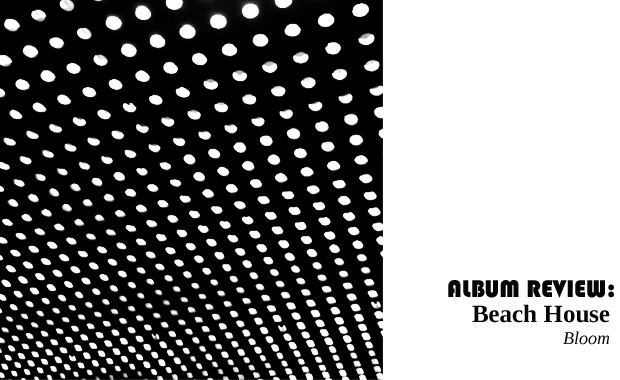 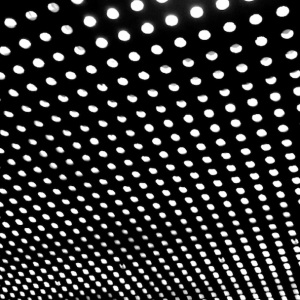 Definitions of the word bloom include ‘the time or period of greatest beauty or artistry’ and the flowering of a plant. Both feel appropriate in terms of the title of the new album from Baltimore’s Beach House with the songs roaming through themes of living in the moment, self determination and the fleeting temporality of beauty. On Bloom, Victoria Legrand and Alex Scally’s compositions often have more precise and detailed arrangements than on previous releases but without sacrificing any of that dreamy drift that personifies their sound.

Beach House aren’t about to reinvent themselves, such is the unique sound they’ve developed over their last few albums, yet give Bloom time and it reveals some subtle additions to the duo’s repertoire. The hazy patina that they apply to most of their music through Legrand’s keyboards is still in effect but used more sparingly than in the past. By allowing more space into their songs they have enabled the focus to shift to other instruments, particularly the drums. While the opening track Myth is built on Scally’s hypnotic guitar motif it is the quirky drum pattern that gives the song its character and insistency. On Wild the primitive drum machine adds quirkiness bringing levity to the song’s melancholic swirl.

Legrand is still using allusion in her lyrics, hinting at the grander themes that lay behind the words on the page. She often addresses her songs to an unseen person or people, asking questions, praising or taking pity on them. On Other People she sings “Other people want to keep in touch, something happens and its not enough, never thought that it would mean so much, other people want to keep in touch”. She could be referencing post-relationship communications or the effects of distance on friendships as the result of being in a touring band. Knowing that much of the album was written on the road suggests the latter though the ambiguity of Legrand’s lyrics encourages the listener to decipher them laterally rather than literally.

Beach House’s x-factor is still without a doubt the dreamy, heady drone that makes up the DNA of their sound. Even when they pare things back on songs like the lightly skipping On the Sea they still manage to capture that feel, primarily through Legrand’s vocal style that sticks firmly to the game plan. Her swoon and mantra-like use of melody serves the same purpose as the billowing effect laden guitars and swirling keyboard sounds. It is what Beach House do and do so well.

There is of course the conundrum that if you don’t fully subscribe to their sound you may lose patience or lack a connection to the music across all ten songs. Fortunately Bloom works well both at the macro level – as a background to daily life – and for those who want to immerse themselves in the detail and the gentle reveal of textures and sounds. Pick the right moment and Bloom will feel like a transportive journey and you can’t ask for much than that from music.

Listen to Bloom via Rdio