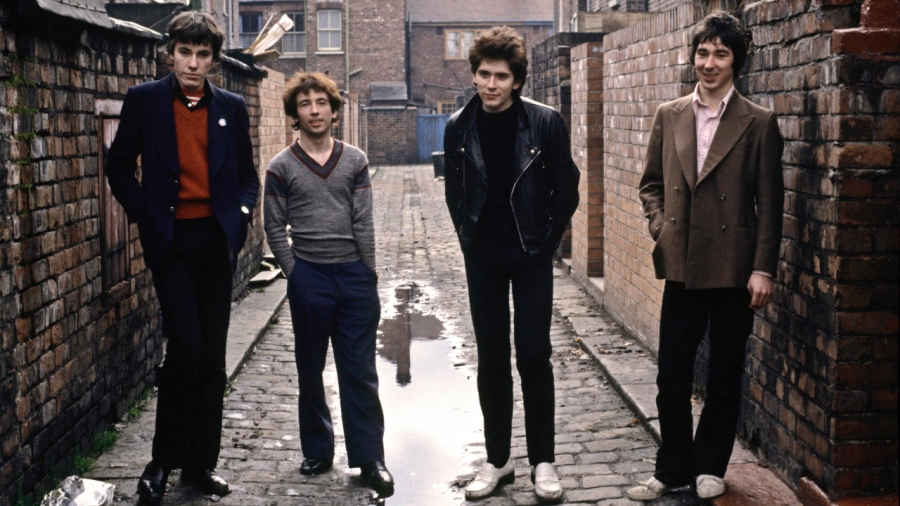 To coincide with their Australian tour where they are playing their classic first two albums Another Music In A Different Kitchen and Love Bites, Buzzcock’s Steve Diggle chats about how some of their classic songs came together, their influence on modern punk bands and breaks the news that there will be a new Buzzcocks album in 2010.

You have some Irish dates coming up before you head down to Australia, have you been rehearsing for those?

No not really, we’ve actually been on the road all year so we’ve not really stopped this year to be honest. We’ve done loads of festivals this summer. We started in January and we just haven’t stopped which has been great. We are pretty much rehearsed so when we get to Ireland it will just fall into place.

Have all the shows been the Another Music/Love Bites shows?

Playing some of the album tracks that you might not played for a long time were there any you rediscovered or found you don’t like anymore?

It’s great to do this stuff but you made these tunes for people to listen to as a record so you have to adapt to performing the record rather than taking a selection of stuff and making a live set. The dynamics are different, it goes up and down a little bit whereas a normal set goes up then down a bit in the middle and then up again at the end. With this set it goes up and down a bit more. Its still a great experience in a different way. We’re really enjoying I Need because for some reason we only played it about three times in those old days and then we forgot about it because we were writing other songs, not for any reason but its great to play that live now. We’ve been thinking ‘wow this is great, why didn’t we play it before?’, So there are some great surprises like that. Also it is a pleasure to play this stuff to people that have never seen us and they were quite pivotal albums, they influenced a lot of people so its great to play them and go back and do them like that you know. I haven’t sat down and listened to the albums like that for a long time. I knew all the songs but performing them like that takes you back to when we first made them and stuff.

You wrote and recorded those 2 albums in the space of a year, was that to capitalize on your popularity at the time or were you just releasing everything you wrote?

It was just what we did. One of the strengths has been the songwriting over the years, those songs have lasted and they just flowed out. It was just like ‘hold on, we’ve got another album now, lets go and record that!’ When we weren’t doing the albums we’d be doing singles. We’d meet up to rehearse and either Pete [Shelley] or myself would have a song. I had a song like Promises and Pete said he had some verses for my chorus so we put that out as a single. Things just started happening like that, it just kept flowing every time we met. Its always kind of been like that. It didn’t seem much of an effort, it wasn’t like the record company was telling us we had to put another album out, we just kinda did what we wanted. You could hear bands next door still rehearsing the beginning of a songs while we’d just written three. We thought “wow, we’ve just written three fucking great songs and they are still working out their intro!’
Even in between the touring this year I’m just finishing off a solo album, you can check out the single on my MySpace page – Hey Maria – so songwriting is still solid for me. I can’t believe I’ve recorded this album this year with my solo band between tours. That’s how it has always been for us though. We’ll be doing a Buzzcocks album next year, I’ve just got four vocals to do on this solo album [Air Conditioning] and then it’ll be out early next year so the songs keep flowing you know. We’ve just about done a whole world tour this year so its about time to do a new Buzzcocks album I reckon.

Was there much songwriting competition in the early days between you and Pete?

I don’t think we saw it as a competition. When I first met him I said I have this song called Fast Cars and I said you better sing it. The next minute he had Orgasm Addict and What Do I Get and stuff and I had Promises. He had a song called Everybody’s Happy Nowadays and I put this great riff to it and I still say that’s half the bloody song really. Take that riff away and there’s no song man. We complemented each other. I’m sure there’s a bit of rivalry underneath, I thought if he’s doing that I’m going to write Autonomy which is a bit heavier but I think it was more a test on ourselves than having a go at each other. It was healthy to have us both in the band writing, it gives us two different dimensions. These days my songs are usually quite complete so essentially it has become ‘these are my songs, those are his’. Early on we decided I’d sing my songs and he’d sing his, then we know where we are. On some of later albums like Flat Pack Philosophy I noticed that if we have one of my songs , two of his etc it gives it a lot more variety. He was singing a lot in the early days and I used to shout a lot – it gives it a massive contrast and you don’t get bored. If you go and see U2 you just get Bono singing all the time and who wants fucking 2 hours of that you know. A couple of singles is alright but after that it gets a bit of a drag.

Listening through your albums again I as struck by how much modern punk pop bands like Green Day sound like Buzzcocks. Do you enjoy listening to those current bands?

They and many other bands have paid us great compliments but whenever I listen to them I can hear The Buzzcocks. If I buy their album I’m not getting anything new, I may as well have gone out and bought my own fucking Buzzcocks albums. They have a couple of good songs its a bit too close to home. A soul record would influence me more. But its a great compliment that they say they’re influenced by The Buzzcocks. On many records you can hear the distinctive echo of Buzzcocks. Before The Buzzcocks there wasn’t that kind of sound really, we gave it a unique twist. We didn’t know we were but in hindsight we did, even more so than The Ramones and we were great fans of theirs. I love the Ramones but they were a one trick pony.

Yeah, we grew up on the stuff, and the Who and the Rolling Stones but we also listened to experimental stuff like Can and got that angular distortion that was kind of weird to put in pop songs but it worked. It wasn’t just straightforward rock n roll stuff you know.

Was Orgasm Addict was written to antagonise people intentionally or was that just a byproduct of the title and subject matter?

I don’t think it was particularly to draw attention but obviously it would do with a title like that, especially at that time. When we took it to get pressed they said ‘we’re not pressing this disgusting filth!’ When punk kicked off it was kind of brutal in its way and very direct. We weren’t singing about the moon in June stuff here you know. A direct title like Orgasm Addict went straight to the point. There are many people that say when they took that single home their folks went crazy and said ‘what are you listening to this filth for’ which was great feedback. I don’t know if we expected that but it wasn’t a big surprise. It kicked up the dust and it was good for that.

There have been a few reunions in recent years with Magazine and Gang of Four – are there are any other bands from the late 70s/early 80s you’d like to see reform?

I’d say one of the best was XTC, I think Andy Partridge just lost his nerve. I went to see a show in Manchester, one of the last shows they did – I didn’t realise it at the time. They’d just had a big hit with English Settlement and he said ‘I’m not touring’, he couldn’t face it. I was quite surprised and I’m amazed they still haven’t got back together.

I relate to the audience a lot more now than when we started – on a vibe level. In the early days it was about delivering the message and now it is more about experiencing the music with the audience and its a great feeling you know.