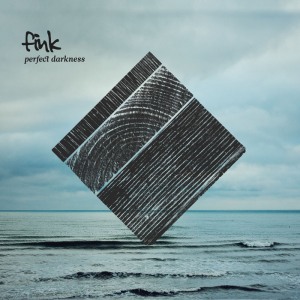 Fink inhabit a musical netherworld where straightforward categorisation of their sound is a hard thing to nail down. Fin Greenall draws equally on folk, blues, electronic and dub forms and can blend them into a singular sound seemingly effortlessly. Perfect Darkness digs a little deeper into Greenall’s repertoire but the recipe stays much the same as its predecessor Sort Of Revolution.

One of the key differences this time around is a muting of the dub overtones that made his last album such a warm and intimate treat. They are still there but they are more of a mood than a literal musical component. Instead Fink often focus on super minimal rhythms, allowing the focus to fall on Greenall’s finger picked guitar and his soulful voice. A song like Honesty is a prime example of those elements colliding beautifully. The vocal melodies tug and pull at the heartstrings while the music smolders before flickering into life, fueled by an ominous repeating bass line.

The bluesy folk moments like Wheels can stray a little too far into Ben Harper territory and though the execution is impeccable, the emotional resonance isn’t as strong as when the rest of the band are working up their furtive rhythms. Warm Shadow tips its hat to the electronic origins of the band with its 4/4 kick drum contemporising the folk sound before an electric guitar again shifts the focus – its incessant motion making for compelling listening. The star of the show continues to be Greenall’s voice with its worn, soulful grain stretching the words, lingering on phrases and shaping well placed moans and hums. Its primal tone is the glue that binds the songs together and allows Fink to make a track like Who Says sound like Radiohead backing Will Oldham trying his hand at troubled soul music. Perfect Darkness is another sombre and mesmerising album from the English trio.

out now via Ninja Tune / Inertia

this review first appeared in The Drum Media (Sydney)