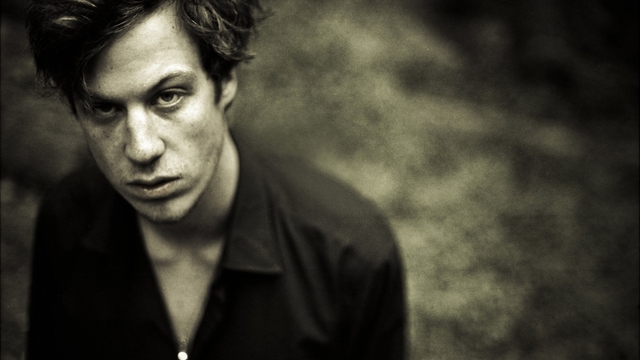 Teeth & Tongue have evolved their sound over the last couple of years to the point where it now sounds effortlessly natural, devoid of pretense or hopeful indie aspirations. Singer/guitarist Jess Cornelius is the heart and soul of the band – aided and abetted by a guitarist, bassist and pre-recorded drums when she plays live and she left an impressive mark on the slowly filling Manning Bar. The songs teased with squalls of discordant guitar while Cornelius balanced sweet and sour lyrical propositions with just the right amount of tension and release. This was music that sounded concise, intoxicating and made you want to hunt down their LP.

Ghoul shifted the mood to an art pop vibe with their genre-fusing mix of soulful indie, flashes of pop, electronica and no-wave funk. The voice of head bobbing singer Ivan Vizintin is the unique factor in their sound. He ties it all together and adds the human aspect to the music. With his pleading tone he sounds like Fink and a mix of both singers from Wild Beasts. Standout tracks Dreambeat and 3 Mark from their Dunks EP sounded quite different live. Guitar featured more prominently making the sound denser, less glitchy and electronically inclined.

Jack Ladder continues to add members, seeking to both refine and expand his sound, best captured on recent release Hurtsville. With a new drummer and half of Ghoul on bass and guitar it was the biggest sound Ladder has given to his increasingly dramatic songs. For the most part his gentle croon has been retired in favour of grand gestures and Presley-like gospel blues inflections. His stage delivery has been freed up immensely with the handing of guitar duties to both the new kid and unsteadying influence Kirin J. Callinan. It was the latter who proved yet again how responsible he is for the icy and melancholic dreamy sound that pervades all of Ladder’s recent material. His playing was exceptionally precise, economically flamboyant and dramatically expressive, no doubt freeing up Ladder to explore his performance as much as his singing. Hurtsville tracks like Cold Feet, Dumb Love and the title track featured heavily as well as some dips back to earlier albums, in particular a devastating demon-exorcising encore of Forgotten. Though the crowd  noticeably thinned out through the set Ladder showed his stock is still rising alongside his increasingly impressive live show.

this review was first published in The Drum Media.