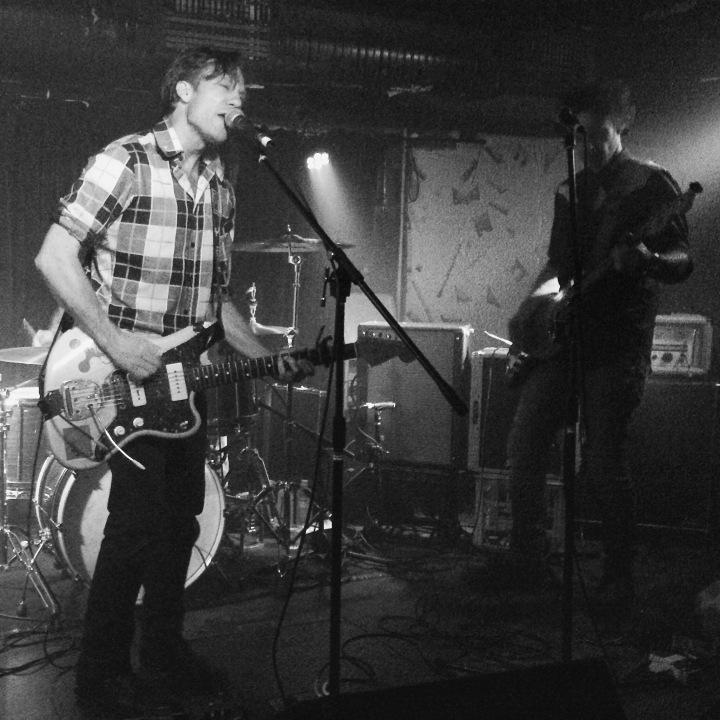 Sounds Like Sunset have been a staple on the Sydney scene since the late 90s and like all good things they seem to just get better and better with age. Tonight they had a new bass player on board who slotted in nicely with their indie rock wall of sound. Minor amp/pedal issues threatened to disrupt the set but thankfully they abated and the songs, particularly those from the new album, cascaded gloriously out of the subterranean club’s speakers. They’ve nearly perfected the marriage of loud, droning, chiming guitars – the crunchier end of shoegaze – topped off with Dave Challinor’s beatific sleepy vocals and it made for an immersive opening set. 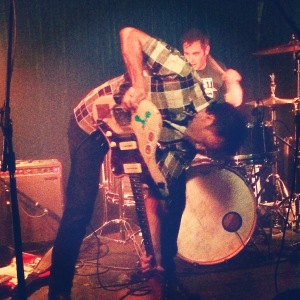 This was to be the last appearance of Jared Harrison behind the drum kit for Infinity Broke, a real shame as on tonight’s showing they are a band right at the peak of their powers. A year of shows has fine-tuned their live set, the songs flowed effortlessly and there was a near telepathic coherence to the quartet’s playing. There was also a wider spectrum to their sound than previous shows. The space was amplified when necessary and the noisier peaks were more visceral and intense than ever. The focus was on this year’s River Mirror album with a sneak preview of next year’s release Before Before with a song that sounded like an adrenalised Gangsterland (Bluebottle Kiss) at peak desperation point. Of the album tracks the epic Termites and the album centrepiece Monsoon were highlights. On the latter bassist Rueben Wills maintained the same riff for nearly ten minutes while Jamie Hutchings coaxed a plethora of sounds from his guitar like Thurston Moore covering Neil Young’s Like A Hurricane in Dusseldorf. The twin percussive approach of Harrison and Scott Hutchings gave the band a mechanical, sometimes Krautrock backbone giving the whole set a hypnotic quality with the beautiful contrasts of rhythmic precision and guitar deconstruction. Taking an excellent album and presenting it live with the level of conviction the band showed is testament to Hutchings’ two decades of restless musical creativity.