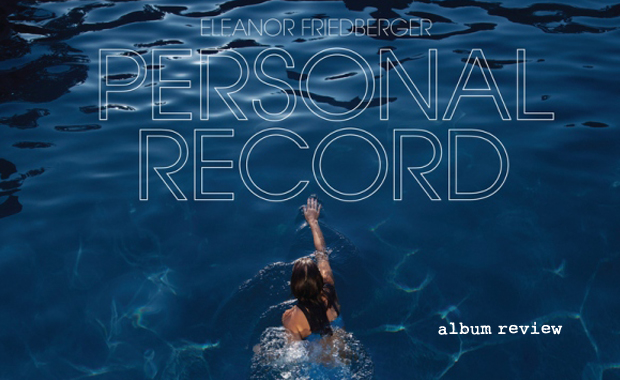 Eleanor Friedberger has followed up her 2011 debut album relatively quickly and for that we should be thankful as it continues where that record left off with razor sharp observations of life and love in her typically infectious and deceivingly poetic manner.

The four year hiatus of The Fiery Furnaces has been a golden period for Friedberger, allowing her to spread her wings independently from her brother Matthew and prove the strength of her own writing. Personal Record is an album that overflows with effortless melodic hooks in songs pitched somewhere between jerky new wave and 70s power pop with noticeable yet subtle use of new instrumentation and arrangements. Her knack of writing songs that sound instantly familiar with verses and choruses tumbling into one another or gently drifting along with compositional ease is as strong as ever.

The Strokes-ish guitar chug of When I Knew is an early highlight that captures that moment of realisation that you’ve made a mistake in love. She cleverly wraps her verses around music related moments like listening to a specific album or bonding over a band, all in her trademark quick fire delivery. I’ll Never Be Happy Again drops gears into a wistful mood with equally engaging results while Echo or Encore offers up a delicate and restrained chorus between shuffling latin drums and guitar that tugs gently on devotional heartstrings. She’s a Mirror marries Hall & Oates with Dexy’s Midnight Runners in a playful romp bursting with her clever rhyming couplets.

There is barely a weak track among the dozen here and Friedberger’s ability to sound so direct while still trading in intellectual dissections of human relationships is what makes Personal Record such an engaging and relatable album.