Yep, we’re halfway through 2010 already, crazy huh? For the first few months it seemed like there weren’t many big records coming out that were instantly going to make the end of year best of list but all of a sudden our list in progress started filling up. Here then is a list of 13 releases, in no particular order, that have caught our attention and perhaps deserve yours. Over the next few weeks we’ll post some of the best tracks from these albums.

Drop a comment, we’d love to hear what you’ve been slipping back on the turntable or hitting repeat on the ipod…

Beach House | Teen Dream… A record that carries on from the swoon and sway that the band captured on their previous release Devotion. This just unveils itself more and more with each listen, wallowing in its subtlety and dreaminess.

Ariel Pink’s Haunted Graffiti | Before Today… A killer album that totally lives up to the blogosphere hype. There are lo-fi elements at work that don’t descend into amateur songwriting. The tunes are complex, the melodies catchy as hell and there is enough chaos and eccentricity to make hypnagogic pop sound compelling rather than a novelty genre.

Liars | Sisterworld… The new album sees the band straightening their sound and investing it with the best elements of their songwriting – tribal drumming, chanted vocals, industrial rhythms, hypnotic bass and no wave guitar. Their best album to date… Read full review 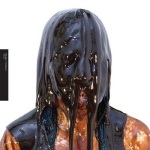 Zola Jesus | Stridulum EP… Appearing like a ghostly Siouxsie she has a haunting, gothic voice that conjures up dark romance and  nice mix of electronics and guitars. Post goth perhaps? Best EP of the year so far…

Tame Impala | Innerspeaker… These young gents from West Australia have far exceeded the promise of their early singles and live shows by releasing a fully formed and sonically adventurous psych rock album. It is packed full of hazy vocals, magical guitar playing and real ‘album’ experience. Tame Impala have taken from the past, updated and reinterpreted it for modern ears. Read full review 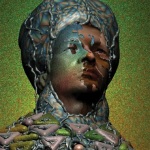 Yeasayer | Odd Blood… Pop music in 2010 has become bastardised by hip hop artists mutating dance music to its lowest common denominator or youngsters desperately rehashing power ballads or the worst of the 80s. Yeasayer have taken the sound and scope of 80s pop and in a sense paid tribute to it with complete conviction and infectious results. You won’t find anything as catchy as this in 2010.

Jeremy Jay | Splash… A 26 minute album that stole our ears and burrowed into our hearts . Full of forlorn indie pop songs with hook after hook. If he had got it slightly different it would have been laughable but Jay surfs an effortless wave between Television, Interpol, Pavement and Modest Mouse. Detached cool never sounded so good. Read full review 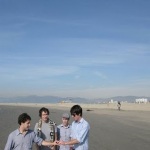 The Soft Pack | self titled… This was one of the earliest releases in ’10 that hooked us. San Diego lads relocate to LA, take the vacant spot left by The Strokes and get back to basics with garage rock strained through The Cure, The Saints and Spoon. It has all been done before but their simplicity and timeless sound is spot on. Read full review Read interview

The Black Keys | Brothers… Prior to hearing this I was never really a particular fan of their bluesy rock n roll. Brothers changes all that with a change in direction that leaves a deep and soulful imprint on the sound and mood of the album. They invest in some heavy groove workouts throughout that suggest a foray into psychedelic rhythm and blues. Read full review 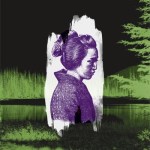 Forest Swords | Dagger Paths… Another entrant in the hauntology/hypnagogic realm and this is one of the best. Englishman Matthew Barnes combines dub, drone, psych and krautrock into one murky mix that taps into your imagination and your feet equally. It is like the heaviest stoned out wander through your brain… in a good way.

Mark Moldre | The Waiting Room… Equal parts, Wilco, Eels, Sparklehorse and the gentler side of Tom Waits – there are sepia-tinged universal themes at work in The Waiting Room that conjure up feelings of nostalgia, loss, love and optimism and Moldre has captured the mood of the human soul with great artistic clarity. Read full review

CocoRosie | Grey Oceans… Impossible to describe these two sisters but they incorporate opera, hip hop, nursery rhyme, minimalism and folk into possibly the most original and hypnotic music you will hear this year. Obtuse yet captivating and accessible.

Deepchord Presents Echospace | Liumin… There has been much electronic music that has excited me this year, much of it on the dubstep and dub techno tip. DPE mixz field recordings with smeared and stretched electronica like some doom dream that you can’t escape. They are working in the same area as Burial yet they still carve out their own dread laden synth niche.