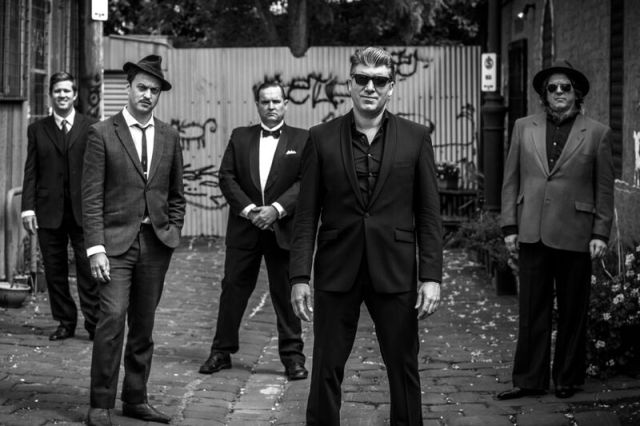 A SHOCKWAVE OF MODERN MULTICULTURALISM

With a brand new album based on the Snowy Hydro-Electric Scheme, Mikelangelo talks with Chris Familton about the genesis and process of the project and how it relates to contemporary Australia.

Many musicians might be loathe to admit to making concept albums but basing your album around one of the largest engineering projects of the 20th century must surely make it just that? “Every album I work on has some degree of being a concept album, whether it is covert or overt. There’s always something that links the songs together, some subterranean narrative or overarching arc,” Mikelangelo reveals.

“This one is interesting because it came about when myself and The Black Sea Gentlemen met with an arts company called Big hART who have been around for over 20 years and who work with communities to tell interesting yet invisible stories. We’ve been interested in doing an album based on stories about the Snowy Mountains Hydro-Electric Scheme because it was such an explosion of mid-20th century European-ness when 200,000 men came out post-World War II Europe to work on the scheme. This little town [Cooma] changed irrevocably and it started this shockwave of modern multiculturalism around Australia,” explains Mikelangelo.

“My dad came out from Croatia as a migrant worker and worked on the scheme so it had always been of interest to me and a key to understanding more about him as he’d never opened up much about it,” Mikelangelo confides. That personal connection makes it more than just a history-meets-music exercise yet the project can also be viewed as a commentary on the current political climate around the issue of immigration.

“Big hART were interested in how the story stacked up as a positive refugee migrant story that has been accepted into the Australian identity and how that might reflect on our current inability to deal with immigration. All these people were moving around the world trying to find places to live, similar to now. If there is any message that comes through on a base emotional level it is acceptance. I think that’s a very simple concept that many governments peddle the opposite stance. Their narratives are so weak and thin that they’re coming apart. You can only lie for so long.”

This was the first time all the Gentleman wrote for an album,” says Mikelangelo of the songwriting process for the album. “They’re all vibrant songwriters with their own projects. They’ve always loved my songs but it’s evolved into me writing half the songs and the others writing the rest. Working with Big hART we got this creative residency time – a house in Cooma or a work space like an old church and so we could work for days on end together. It meant we could work on our songs and then bring them back into the group and we haven’t really had an opportunity to work like that in the past,” he enthuses. “That was an exciting way to work. My songs really came out of being interested in the men working in the tunnels and their trials and tribulations. That was my way of thinking about how my father’s life would have been then. Some of the other Gentlemen took quite different angles which makes the album really interesting.”

Working with arts companies, funding bodies and local councils means dealing with vested interests and expectations, yet at the end of the day, like the scheme itself, everyone seems to be very happy with the finished product. Mikelangelo recalls meeting with the local Cooma Council who “wanted a certain thing out of it” before adding with another bout of healthy laughter, “They appreciated us but they probably wanted a bit more Man From Snowy River and a bit less wog!”